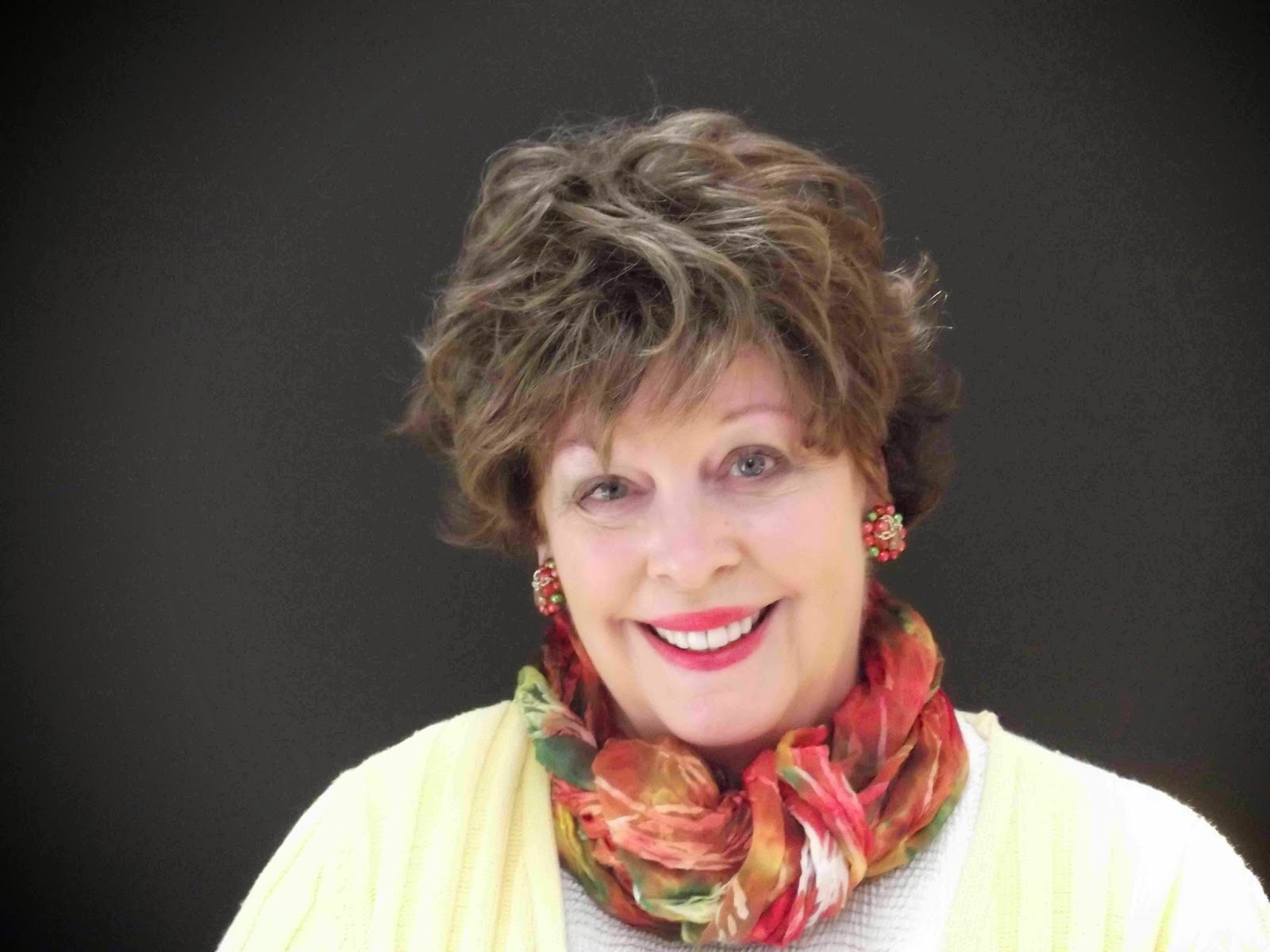 Hello Writer Friends,
Ever had any characters break a bone in your books?  Well, I am expecting several villians to break a bone or two in my next Alex Destephano medical thriller.

Fractures can be tricky things and can also be hard to treat.  They are also extraordinarily painful with bone pain considered one of the most difficult types of pain to treat. If you witnessed any broken bones or suffered a few yourself, you know they can look pretty bad.  And I do mean bad and they can be very, very painful. 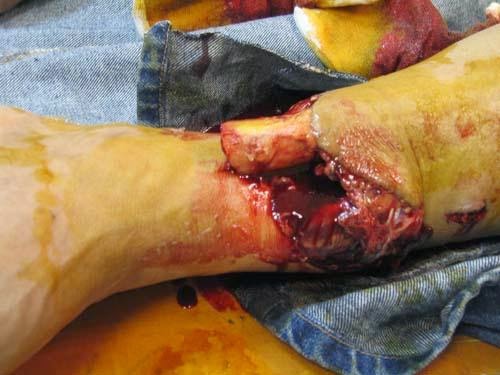 Just last summer, I slipped on a wet floor in my garage and broke both bones in my wrist and several bones in my hand.  My hand was literally on top of my wrist and covered part of my forearm. The ED doc took pictures. It was so awful and I’ll try to upload one for you.  In truth, it’s an image I’m trying hard to forget.

Anyway, two surgeries later, one steel plate and 5 screws (the steel plate for my wrist cost $5,000 and one screw was $2,500) I can use my hand about 70% since surgery resulted in three numb fingers (yeah, bad news for a writer!) but it’s how I explain all of my typos.

Anyway, WebMD offers lots of great  medical info about any number of maladies and is a trusted source.  Check it out and see for yourself.

Until next time,
Judith

Posted by Judith Lucci at 8:12 PM No comments: 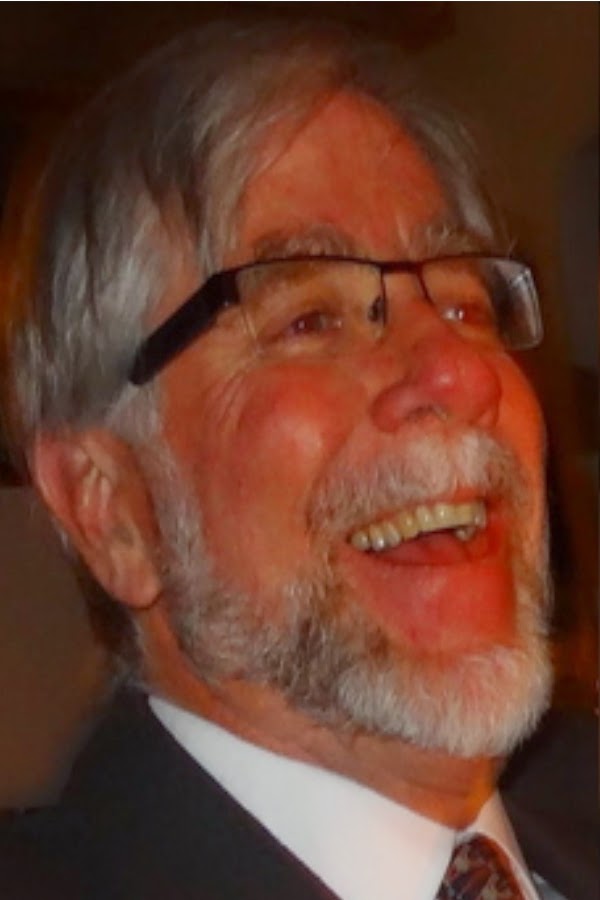 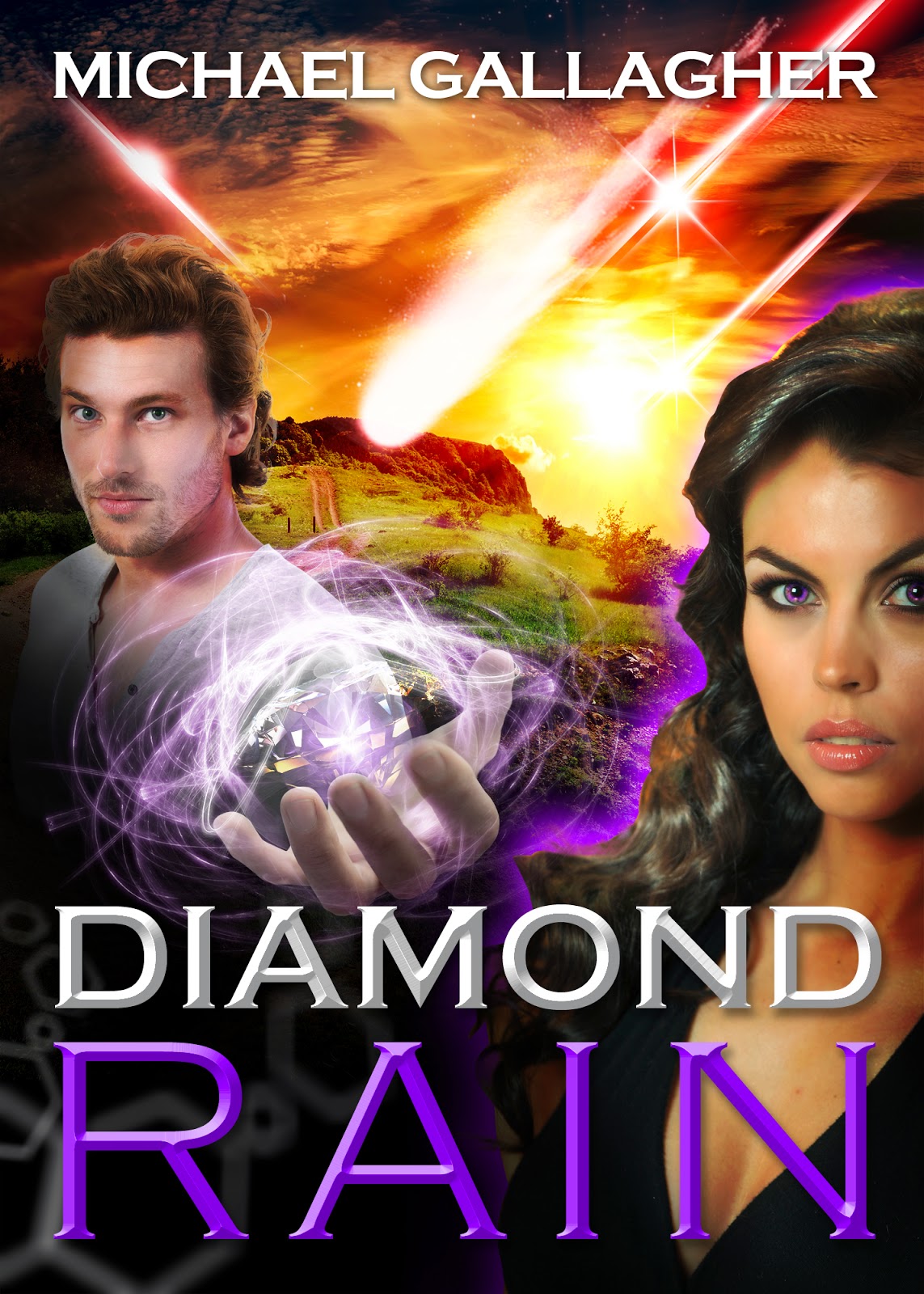 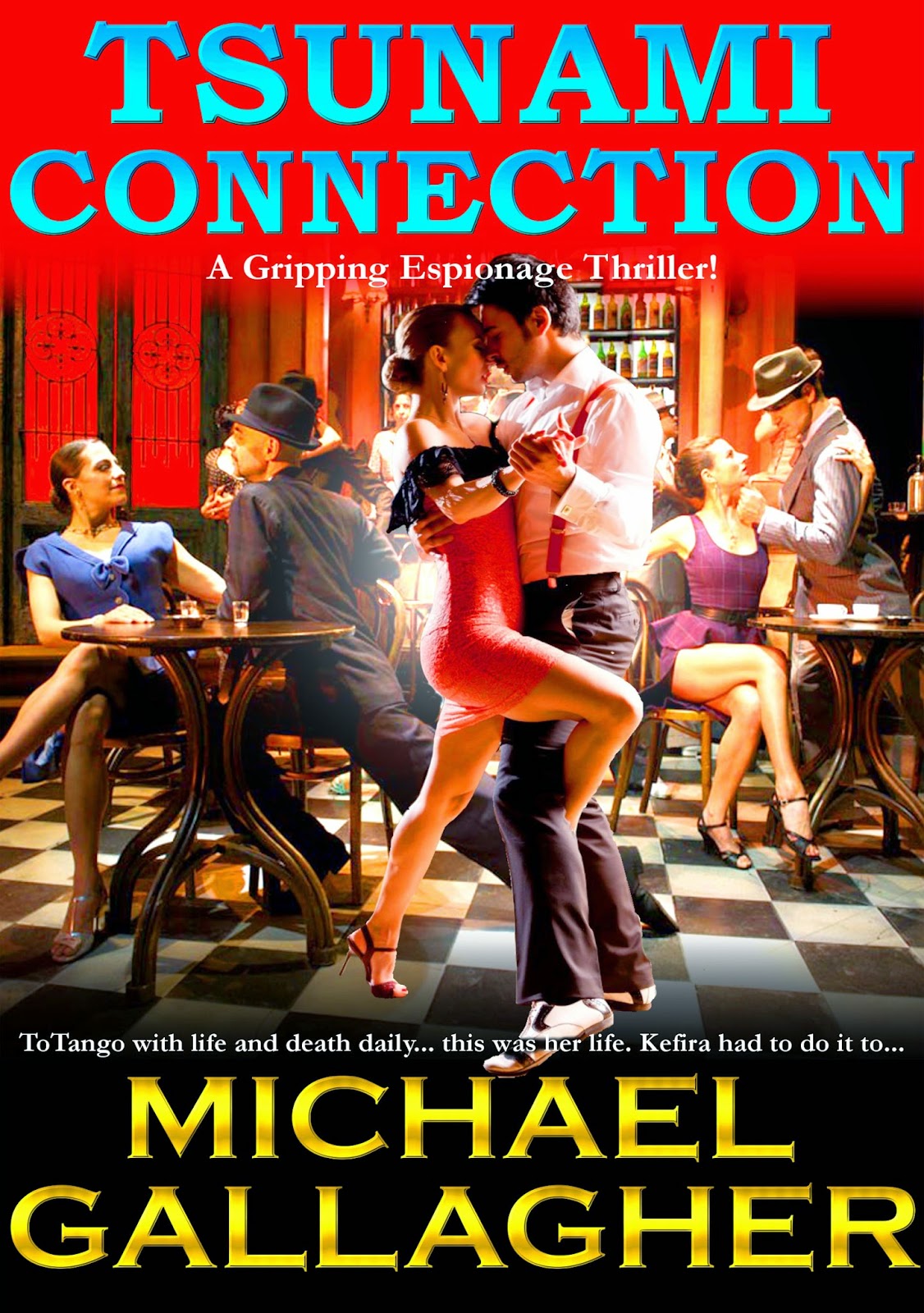 Bet you all want to know what I spend time doing when I am not writing or dancing? Amazing stuff like building snowmen with my two amazing grandkids or hiking and cross-country skiing in the National Park right on my doorstep. My other passion is making Internet-ready Learning Capsules for my students of English as a Second Language.

Sort of always wanted to change the world! That's why I worked on the frontline with recently-arrived people, single moms and high school drop outs. My magic wand would spread the idea that there is a silver lining in every cloud. Sometimes we focus too much on the clouds. When I was thirty-four, I lost the use of my right arm for two years. After hard work and lots of yoga, acupuncture and a special diet of pig's feet, I started dancing tango to strengthen the muscles around my spine. A really bad experience spawned one of the best things in my life. Tango did wonders for our couple life too. So my injury led me to tango.

Why do I write? Since reading “The World According to Garp” by John Irving many years ago, I have been intrigued by the effect of childhood tragedy on grown-up relationships. My first book inadvertently ended up being an exploration of just that problem. Without knowing it, all of my characters lost parents in childhood and their behavior reflects various shades of that reality. What's weird about it is that I didn't plan to do that. It just happened.

In my 20s, I wanted to be a serious writer and I travelled around the world carrying a guitar that I couldn't play and a diary full of, I hate to admit it, constipated prose. Did reading those stilted lines stop me from writing? Not at all, it just made me want to improve. I wrote my first novel at 32. It is still sitting in a drawer covered with scratched out sentences. I love to look at it because it shows me how far I've come.

So what made me write Tsunami Connection Book 1 of the Spy Stories and Tales of Intrigue Series? Two things did it. First, when I was listening to the news coverage of the Boxing Day Tsunami in Aceh Province, Indonesia, I had a flash. Really, the story came to me in an instant.  Before I begin, I mean no disrespect for the lost lives, broken families and suffering experienced by Indonesians by using this idea. It is all fiction. The tsunami was a catalyst.

Now, Aceh Province is known for its radicalized stance on fundamentalist issues. Let's set the scene here: Remember it's not long after we all watched the Twin Towers falling on September 11th.  What if some big power believed that Osama was in Aceh, training insurgents and wanted to get access to him? What better way than to inundate the place with a tsunami and then be responsible for rescue?
The US had the only helicopters in the area for two weeks after the disaster. My hypothesis or premise held water. All I needed was a weapon. So I invented one and put it on a rogue Russian Akula submarine. A book was born that day. Now the problem remained of how to make my work different from the mass of stuff out there?  I studied the market and decided that a woman Mossad agent that headed up an ultra-secret group of sleepers would fit the bill.

Kefira, meaning young lioness, danced onto my pages. Oh! I forgot to mention something. I am a tango maniac. Dance with my wife 15 hours a week and have done so for 16 years. My secondary goal was to write about Argentinean tango. Giving Kefira the role of professional dancer left her free to travel, perhaps not inconspicuously, but nevertheless free to be a spy, a sleeper.

An amazing thing happened when I wrote a thriller. The genre freed up my creativity. When I wrote pure fiction, I always got caught up in personal issues because the characters became fragments of my entourage and me. Espionage thrillers freed me up. I no longer had to think about whether or not the people in the story came from my life. I had no military experience and knew no spies. Why write about spies then? After all we should write about what we know, shouldn't we?

For 35 years, I have been a voracious reader of espionage fiction. The cold war lived in my mind constantly, even when I travelled in the East Bloc in the late 70s. My experience was vicarious and enchanted. The technology, the action and the characters in books by Le Carré, Deighton, Clancy and Lustbadder among others, animated my reading life. As I said earlier, I wanted to differentiate myself from the crowd so I wrote a woman protagonist, made her a serious dancer, and stabbed at writing a post-cold-war espionage novel. I must have succeeded because I have just signed with a publisher to translate Tsunami Connection to be released in Turkey and Germany. It's only a small run of books. Who knows, my wildest dreams are coming true.

My new book, Diamond Rain: Adventure Science Fiction Techno Thriller (Book 2 of The Spy Stories and Tales of Intrigue Series), hot off the presses, takes my writing journey in a familiar but new direction. What if a paradigm-shifting nanotechnology changed everything? Would the world of spies change and how would those changes unfold? The book started as a series of flashbacks roughly inspired by the Sci-Fi great Robert Heinlein's Starship Warriors film.  To my pleasant surprise, the words in the first draft flowed onto the page with fun and pleasure. Oh yeah! I forgot to mention that I learned I desperately needed an amazing editor if I wanted to continue in the writing game. Why? 'Cause it takes me at least six drafts to get it right. After some rough starts with Internet-based editors, I lucked into someone who filled the bill. Chris Roper, my editor, has 30 years of successful writing experience, using various pseudonyms and has just released his first novel, The Gyrfalcon File: An Edward Morgan Novel. . By what stroke of luck Chris decided to work with me I am not sure, but I am very happy he has. This game is all about collaboration. I start the idea but it is a group effort of writing, editing, beta-reading and proofing that makes the final product.
Since Diamond Rain is in pre-order to be released on April 10th 2015, any clicks on the pre-order link on the Amazon page would be really appreciated. In fact, any reader who takes the trouble to email me a link with an honest review of Diamond Rain on Amazon will get a gift card for Tsunami Connection (and vice versa if you read and review Tsunami Connection first). So here's the email to get a free book: tsunamiconnectionmjg(at)gmail(dot)com.  Enjoy!

Ooops! One more thing please take the time pick up Diamond Rain before the pre-release sale price at just 0.99 cents US  runs out.


Twitter Handle: https://twitter.com/tsunamicmichael
Posted by Judith Lucci at 6:19 AM No comments: