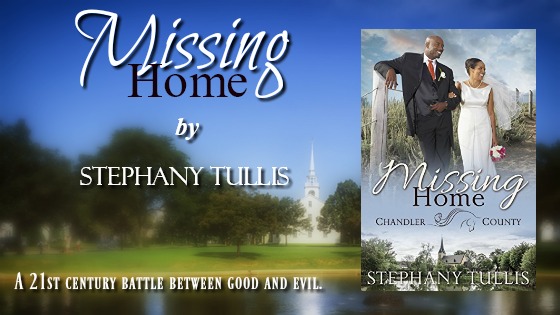 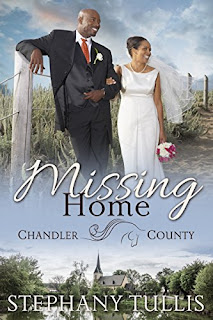 A 21st century battle between good and evil.

When Dr. Jared Johnson's research project collapses, so does he. He tosses the funding rejection letter in his office wastebasket and his plans to marry the love of his life out the window.

The last thing he wants to do is return to his home town, Chandlerville, Kentucky. An unexpected call from his grandmother, a lifelong resident of the small town, convinces him that all things indeed happen for a reason and perhaps this is the right time to reestablish his roots and start anew.

When he arrives--single, with no intent to marry, he's shocked to learn that the town has unanimously approved his pastoral appointment to the newly refurbished 100-year-old Baptist church. Despite his divinity training, Jared never intended to pastor a church—not when his specialty is psychological profiling.

As fate would have it, the evil spirits that begin to permeate the town and its good-hearted citizens shortly after his arrival challenge his technical skills, experience and community relationships. To complicate matters, a local angel finds herself in the eye of the storm causing Jared to re-evaluate his past and question his future.


What the hell was I thinking? Everything I wanted and much more than I expected or deserved. How did I walk away--no run away is more like it. She was the best thing that ever happened to me. Have I lost it or what? Jared continued mumbling to himself fighting the images of Marissa Leonard's mocha colored, flavor enhanced, plump, kissable lips. Marissa was Dr. Jared J. Johnson's fiancée or, so he assumed. He hadn't spoken with her in a week, ignored her calls, responding to them with his pre-programmed, Busy right now. Will call you back.

For the first time in his life, Jared questioned his decision-making abilities. He was smart, educated and had thought he had a good head on his shoulders. But his recent decision to walk out on the woman of his dreams made him re-assess the wisdom of his ways. As his 'Great Uncle Chuck' used to say, 'for an educated man, you can do some stupid things'. Jared was very close to agreeing with his long-gone uncle.

Normally a man who thought in great depth before he made any decision regardless of how small, Jared cancelled his wedding like it was an appointment with his barber. He texted Mari, his almost betrothed, supposed everlasting love, ‘Can't talk now, need to reschedule dinner, will be in touch soon. Soon had yet to arrive.

Since he was driving, he made a mental note to check his cell to confirm the date and time of the text; his official melt down. He wondered if he had ‘flipped’ out…he only remembered episodic flashbacks. His psychology training allowed for the possibility of PSTD—post traumatic stress disorder but he had never served in the military so while he hadn't fully dismissed that PSTD could be a possibility--it certainly wasn't driven by military service.

He distinctly remembered his excitement when Sydney, his executive assistant, tapped on the glass window to his office door with a grin as wide as a circus clown waving a certified letter, mouthing ‘Yes’ and doing her happy dance. He beckoned her to come in, excited himself that the continuation award letter had finally arrived. It was late but that was nothing unusual with the Feds. They were always late with the grant award announcements.

The smile dropped, his heart skipped several beats as he read and re-read the life changing termination letter from the Department of Health and Human Services. From his perspective, there was nothing further to think about. His stellar career was finished. Dunzo. He packed up his laptop, grabbed his jacket from the back of his desk chair and tossed the letter to Sydney without a word. After slamming the door, he re-opened it not surprised at all to find a startled Sidney jump back to avoid a broken nose.

"Sorry, Syd. I'll give you a call. I've got to go now. Got something to do." He mumbled and exited quicker than he had re-entered.

A confused Sidney reopened the door that had just been slammed in her face, and yelled to her boss' back.

"Hey Jay, is everything alright?"

Without looking back, he yelled, "No."

As the elevator doors opened, he added. "By the way, tell your sister I'll be in touch."

Professional planner by training and nature, he violated project planning rule number one. He acted without a plan when he swung by his apartment, changed into his jeans and threw a few things into his duffel bag. He locked up his condo, remotely set his alarm from the car and pulled out of one of his two assigned parking spaces. Jared drove aimlessly for days.

Now as neared his hometown, Chandlerville, Kentucky, he wondered how he would explain his early arrival. He and Mari had confirmed with his grandmother via a three way call no more than two weeks ago that they would visit her and spend some time with her before returning to finish up his Atlanta-based CDC project. Jared knew his grandmother wanted him to move back home. They'd made no promises, but he and Mari had discussed the pros and cons of relocating to a small town.

He had mixed feelings about it because he'd spent all his adult life in big cities and wasn't sure he could re-adapt to small town living. Mari was born and raised in a small town, too but in upstate New York. Except for a few cousins, she had no close family in the North and rarely visited. She and a friend from her college days remained in contact--not regularly but enough to meet up and see a show in the City every two or three years.

So, the North and snow were out of the question. They had also agreed that Hot-lanta was not their preferred choice for raising a family. After talking it through and thinking about how close Chandlerville was to Nashville, one of their favorite places to visit, and to Louisville, home of the Kentucky Derby, they had tentatively decided they might give Chandlerville further thought.

Grams would be happy but shocked to see him so close to the wedding and without Mari. There was no way to explain away her absence and his unexpected presence especially since Gram had planned to attend the wedding in a few weeks. She'd been excited and hoped to get some sightseeing in while she was in the big A-T-L. She'd only been there once and wanted to go to one of those fancy 'upscale' restaurants as she said, the new Civil Rights museum and she was hoping 'her nephew or his new wife' could find someone to take her to a Hawks game.

Jay and Mari had laughed at his grandmother's sarcasm and promised her they would see what they could do. Without telling her, they had already purchased the Hawks and Museum tickets and made reservations for dinner at one of Atlanta’s renown restaurants.

He slowed as he turned off the highway feeling like a kid who had not only crashed the family car, but left it alongside the road and stolen someone's vehicle to make it home. Unlike the kid, however, he was less worried at this point, about the situation than the fact that he had to look his grandmother in the eyes and explain what would appear from her perspective to be the unexplainable. Eyes that despite her age, were more than just lucid. They were bright and would widen when she saw her 'boy' as she called him. The crinkles around her soft brown eyes would fill with warm welcoming tears of joy like they did each time she saw him. Nothing would be different except her disappointment when she looked around for an absent Marissa and listened to his sob story of betrayal.

The trucks and steep winding roads on I-65 challenged the best of drivers and Jay breathed a sigh of relief--thankful to exit from the highway and onto the bypass. Jay murmured, "I made it Grams.”

If nothing else, as had been true all his life, his grandma, Ms. Isabel Johnson knew the way. And she might have some answers for him. The unexpected revelation, warming sunlight and rolling green hills made for a brighter day. With a chest expanding breath, he rolled back the deep burgundy convertible top on his black metallic Mercedes and made a U turn. “Chandlerville, for better or worse, I’m back. Gotta make a stop by Cassies’. Gram would never forgive me if I didn’t bring her a pecan pie.” 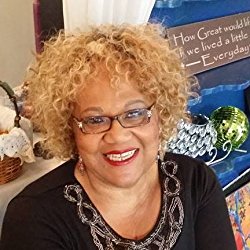 In my world, there is no life without writing, traveling, family, music and my love of politics. My loves and interests are central to my writing. With this backdrop, regardless of the date or time of your visit, you will find family.

My world (my back-story) is guided by my faith and the inspiration I receive from God. Without exaggeration, family and relationships are the core of every book I write.

I love to travel and like me, my characters are always off and running and in so doing require me to research (and often visit) so many fascinating places.

I also love music—all kinds and I’m never surprised by what track finds its way to my personal playlists and a character’s ring tone, door chime, or car radio station.

People frown sometimes and don’t understand my love of politics, but I have a political administration background and thrived on and in my past government career. For me, it’s the people, the process and what democracy offers. As with life, my fictional towns and cities include mayors, governors, school board members, etc.

If you haven’t guessed, I love my world that allows me to not only live the life I love but to also share it with others.

Posted by Judith Lucci at 9:08 AM No comments: