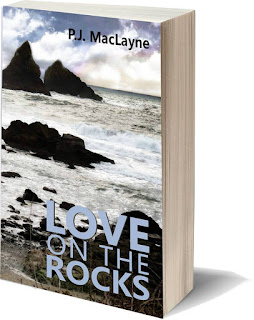 A. Oh, man. My favorite character to cosplay is Daredevil. I dig the red hair.  He's got crazy ninja skills and the power to satisfy the ladies. But since I have none of those skills in real life, I'll claim my ability to solve complex computer programming issues. And because I get bored with the day-to-day stuff, I do some white hat hacking on the side for fun.

A: When I'm dealing with a difficult client and they're trying to tell me how to do my job. I've learned to nod my head and make non-committal sounds so they know I'm listening, but not actually agree with them. They think I'm going to do things their way (which won't work) so they leave happy. Maybe it's not actually lying, but it feels like it.

3. Q. When and where were you the happiest?

A. Sixth grade. The first time I built a computer from scratch. My parents got me the case and motherboard for my birthday, and the rest of the parts were scavenged from various broken computers of family and friends. It took me a few days to assemble it, as I figured out how to fit everything together, but when I pushed the power button it actually turned on! It wasn't the most powerful computer in the world, but it worked! Every time I build a new computer, I still remember the thrill of seeing the green light flickering that first time.

4. Q. What is your biggest regret?

A. That I didn't do a dual major with Robotics as my second area of study. I don't know that I want to work in the Robotics field, but I find the subject fascinating, especially when you realize how much of our lives are already spent interacting with computers. When I get around to going for my Masters, I might consider studying Robotics instead of Comp Sci.

A. Geeks Rule! But I live by these words. “There are 10 kinds of people in this world: those who understand binary and those who don't.” It reminds me to have patience when I'm dealing with those who don't.

6. Q. Clothes in the hamper or on the floor?

A. On the floor. That's one of the joys of living the single life. I can toss my clothes on the floor until I'm ready to wash them. Which I do once a week. Mostly. As long as my mother doesn't come to visit, it's all good.

7. Q. Where do you see yourself in five years?

A. I really like where I am now. I've got a good job and a good boss and live in a state that's never boring. There's amusement parks and nightclubs and plenty of beaches and good looking girls in bikinis. I might even get serious about one of them some day, but I'm not ready to settle down with anyone yet.

Author Bio: Born and raised among the rolling hills of western Pennsylvania, P.J. MacLayne still finds inspiration for her books in that landscapes. She is a computer geek by day and a writer by night who currently lives in the shadow of the Rocky Mountains. When she's not in front of a computer screen, she might be found exploring the back roads of the nearby national forests and parks. In addition to the Free Wolves’ stories, she is also the author of the Oak Grove series.

Love on the Rocks is her contribution to the anthology “Stories of Sun, Sand and Sea.” Lando also appears in the Oak Grove series.

Posted by Judith Lucci at 6:21 AM No comments:


Brie Spencer is in need of solitude and scenery to help her heal from the loss of her sister. Feeling she will never be able to move on from this heartache, and the torment of the night her life changed forever, she makes the trip to Copper Moon, to paint and heal.


Hank James has always wanted to win the coveted Copper Moon Cup. But having the fastest time has eluded him, that is until this year. Having spent every waking moment tinkering on his baby, he thinks he's finally going to bring home the elusive trophy.


Looking to capture the perfect sunrise, Brie tumbles into the path of Hank James - literally. Making final adjustments on his bike before the race begins, Hank heads to the beach for a trial run. Almost running over a woman and dumping his bike is the last thing he needs.


So, Hi.  I guess you’ve gathered already that I’m Hank. I’m a Marine, and hopefully soon, a full-time bike shop owner and builder. I want to open my own shop and specialize in vintage motorcycles. I fell in love with older bikes when my dad, George, was still alive and I was a little boy. You see, my dad always wanted to win the Copper Moon Cup. Every year, we would load up my dad’s old 1942 Crocker and head to Door County, Wisconsin to race in the Cup. The Cup is a race for vintage bikes only.  They have to be at least 20 years old, but the 20 year olds are the new bikes there.


The Crocker, which was my grandpa’s bike first, was special to my dad because it was the bike he learned to ride on. My grandpa bought it used, only a few years old, while he was home on leave from the service and it sat in his dad’s garage until grandpa got home to ride it. Then, well, he rode that bike everywhere. He didn’t have a lot of money when he first got out of the service, so the Crocker was his only mode of transportation for two years. Since he lived in Dell Hollow, Kentucky, it wasn’t too bad; the weather is usually mild most of the year.


When my dad turned 15 Grandpa let him learn how to ride the Crocker. Then, he got a job bussing tables at a local restaurant and paid Grandpa for it as soon as he could. Just like my grandpa, he rode it every day to and from work and school. He used to tell me that he thought he was the cat’s meow when he was on that bike. A smile as wide as an ocean and the girls thought he was something special. At least, my mom sure did. After they had me, Dad didn’t ride it that much – only on the weekends or when he needed to let off some steam. And of course, there was the Cup.


So, to race in the Cup, you can’t have any modifications on your bike; it has to be original. Of course, old parts are hard to come by sometimes, so they allow you to put newer parts on it as long as they are made just like the old ones and there aren’t any enhancements to it. There’s always someone trying to cheat, but that’s what happens when you have a large purse. The race has grown in popularity so much that the purse is now a half million dollars. That’s something special.


So, my two best friends are Colby Landon and Brian Knight. We’ve known each other since grade school.  We all went into the service the same year, but we were each in a different branch of the service. I went into the Marines, Colby was a paratrooper in the Army, and Blake is a SEAL. Nowadays, Colby is a smoke jumper, which is a firefighter, and Brian is a bouncer. We’re all in our 40’s but none of us are married at this time. I was, but divorced many years ago. Brian’s never been married; he’s kind of a man whore and Colby was engaged to a gal whom he met in the Army, but she was killed in combat. He’s had a hard time getting on with life.


That brings us back to the Cup. Colby and I want to win so we can open our own bike shop. He says he’s getting too old to continue on with the firefighting, and he’s the best damn fabricator I’ve ever met. He’s made most of the parts we needed for the Crocker. Brian will be there with us, I’m sure. I’ve mentioned it a few times, but he’s noncommittal about it; first, we have to win.


That brings me to Brie. Holy shit, she almost made me dump Julie, that’s the Crocker – long story, but anyway, I did end up dropping her down when Brie stepped out in front of me on the race track. Silly woman. I was pissed off, but something about her just stirs me something fierce. She’s beautiful and kind of sad; but at the same time, she’s smart, funny, and well…I’m hoping we will be able to get to know each other better.

I am a wife of thirty years, a mother of four grown children and the grandmother of three lovely grandchildren. When not writing a new story, I can be found riding my motorcycle and exploring this fabulous country of ours. My writing revolves around people anyone would love to spend time with. No self-absorbed billionaires for me.


Earning my Bachelor's Degree later in life fulfilled a dream for me. Then, I found the courage to write and I haven't looked back. Currently I have five published books. I also serve as the VP of Communications for WisRWA and devote a large amount of my time helping other authors slog their way through this thing called publishing. I love to hear from fans, so look me up and touch base.


I come from a family of veterans.  My grandfather, father, brother, two of my sons, and one daughter-in-law are all veterans.  Needless to say, I am proud to be an American and proud of the service my amazing family has given.


Touch base with me or stalk me (I’d love that.)

PJ Fiala
We live in the land of the free, because of the brave.


Posted by Judith Lucci at 4:32 PM No comments: